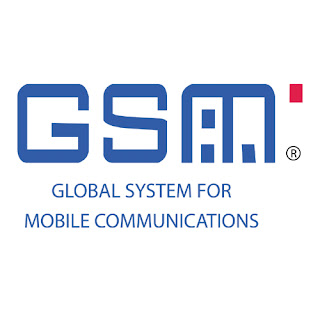 The encryption algorithm A5/1 used in GSM has been suspect since at least 1994 (when the algorithm leaked). Nohl's talk at 26C3 (November 2009) demonstrates that a practical attack will become possible soon. And all of a sudden people start to get nervous in 2010.

As a follow-up to their report for the Dutch Ministry of Health Radboud University and PriceWaterhouseCoopers recently published a risk assessment focusing on GSM based SMS text authentication as a factor to strengthen the Dutch government citizen-to-government authentication solution DigiD.

SMS text authentication is already used in DigiD level 2, but the binding of a user's subscriber number to their DigiD is rather weak: anyone with access to the mailbox of the user's registered home address (the so-called GBA address) can bind a new mobile phone to the user's existing DigiD account (and subsequently order a password reset, completely hijacking the account). The original report by RU, PWC and TILT recommended to strengthen this binding process so that a patient would have to prove possession of a subscriber number to a government representative face-to-face. The strengthened DigiD (known as EPD-DigiD) can then be used by patients to access their electronic health record in a standard SMS OTP authentication scenario (during a session the user has an extra factor with a separate network connection to the provider).

The conclusion of the RU/PWC risk analysis is that although breaking A5/1 leaves SMS authentication relatively secure (the risk of actual abuse is not that high) the perceived lack of security in the public opinion and the non-compliance with security standards may be damaging to the reputation to the government. The solution is not secure enough to allow patients to access their health records at this point in time.

What I don't get is the proposed solution: a conversion table (on paper) sent to each user over regular snail mail (how secure is that?). The user uses this table to manually translate the code that was sent in an SMS message before entering it in the browser's form. This appears not to add an extra factor: an attacker that can eavesdrop on the Web channel and the GSM channel will soon learn the mapping. Also from a user experience perspective that sounds horrible.

An alternative approach would be to install a SIM toolkit applet on the SIM which performs the translation automatically for the user. Rather than a static table per user one can even use a key (but with a decent cipher; I'm sure the current generation of SIMs in the field support AES or at least 3DES) and have real security. Sort of a light-weight-Mobile-PKI-without-the-PKI solution.
at 4:06 AM